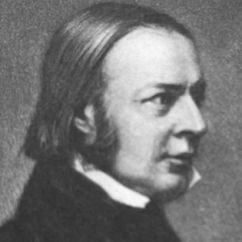 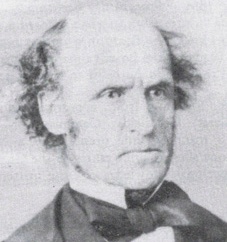 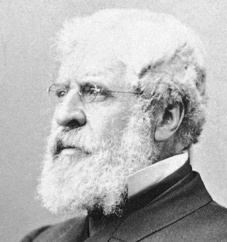 In the new Colony of Victoria prominent people including the part-owner of the Melbourne Morning Herald, Archibald Michie, the constitutional lawyer, Henry Chapman, and George Higinbotham advocated that the arrangements for the devolution of power to colonial governments should be based upon democratic principles. All three had been attracted to the ideas of a London-based group known as the Philosophical Radicals.  This was a group of British politicians, philosophers, journalists, and writers in the early and mid-19th century who were inspired by the ideas of Jeremy Bentham to promote parliamentary and social reforms. They were supported by the Morning Chronicle, the Westminster Review, and the London Review.The group included James Mill, Francis Place, George Grote, John Stuart Mill, John Roebuck and Sir William Molesworth. 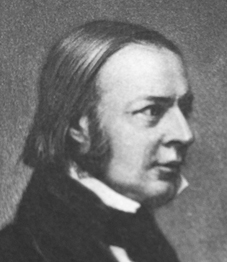 Sir William Molesworth, (Baronet)  (1810-1855), entered the House of Commons as a member for the Eastern Division of Cornwall at the age of 22.  He held radical views on a number of issues, including education, religious equality, free trade, Ireland, transportation of convicts and self-government for the British colonies. He was the leading figure in the Philosophical Radicals. While still in his early twenties, Molesworth founded the London Review,  and later purchased the Westminster Review, both of which promoted radical ideas such as parliamentary reform, the separation of church and state, individual freedom, women’s rights and divorce law reform. 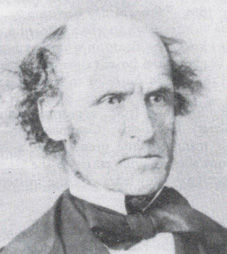 Photo courtesy of the Parliamentary Library of Victoria

Archibald Michie arrived in Victorian in 1852 and practised at the Bar. He became a member of the original, unicameral Legislative Council but resigned in August 1853 and became the majority shareholder in the Melbourne Morning Herald. He employed Butler Cole Aspinall, a London barrister and parliamentary reporter, and also George Higinbotham as journalists. He aimed to raise awareness of the importance of the proposed new Constitution for Victoria and he warned of the dangers it faced from the anti-democratic tendencies of its principal drafters.

In 1855 he successfully defended Jan Vennick and John Manning, two of the prisoners who were charged with high treason following the battle at Eureka. He served as Attorney-General in 1857 and 1858, and as Minister for Justice in the Ministry of James McCulloch between 1863 and 1866. During the constitutional deadlocks over the tariff question in 1865-7, he vigorously supported the position of the Government and Attorney-General George Higinbotham in the long-running and bitter dispute with the Legislative Council. In 1870-71 he served as Attorney General in the third McCulloch ministry. His relationship with Higinbotham cooled in 1878 after Higinbotham publicly reproached Michie for accepting imperial honours. 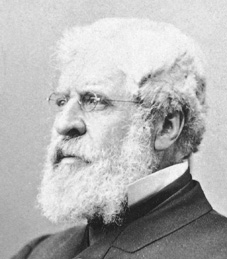 Photo courtesy of the Parliamentary Library of Victoria

Henry Chapman was born and educated in England but later worked in Canada where he sympathised with the aspirations  of the French and Irish Catholics for  representative and responsible government. He returned to England where he developed a seven-point charter for parliamentary reform anticipating much of the later popular Chartist reform program. In 1840 Chapman was admitted to the Bar and he also published the New Zealand Journal, where he popularised his ideas on colonisation. In 1852 he was appointed as Colonial Secretary in Van Diemen’s Land (Tasmania). After Chapman publicly differed with Lieutenant-Governor, Sir William Denison, over the issue of continued acceptance of transported convicts, the Colonial Office in London dismissed him. Chapman’s book Parliamentary Government; or Responsible Ministries for the Australian Colonies was published in Hobart in 1854. It advocated that the British Government should devolve power to genuinely representative legislative assemblies in all the Australian colonies.

By October 1854 Chapman was working at the Bar in Victoria. After the military conflict at Eureka in December, he and Butler Cole Aspinall successfully defended John Joseph, the African-American prisoner who was the first prisoner to be tried on the charge of high treason.  John Joseph’s acquittal created a precedent that undermined the case for the prosecution against all the other prisoners who were similarly charged. All were eventually acquitted.

In November 1855,when the new Constitution was proclaimed, Governor Sir Charles Hotham issued a memorandum (later known as ‘Hotham’s Minute’)  to his Colonial Secretary, William Haines. The ‘Minute’ claimed autocratic powers for himself and his successors that were inconsistent with the new Constitution. Chapman played a prominent role, along with Higinbotham and Michie, in denouncing the claim. At first the Ministry meekly accepted the ‘Minute’, but a powerful press campaign, spearheaded by Higinbotham, and taken up by Chapman and others in the Legislative Council condemned all those in the Ministry who had acquiesced in the Governor’s unconstitutional claims.

The following year, in the face of dire opposition from the conservative Ministry who had lost a vote on the issue, Chapman drafted the legislation for Victoria’s innovative ‘secret ballot’. As Attorney-General in the Government of John O’Shanassy in 1858, Chapman fought for reform of the electoral system and the audit system. His audit reform succeeded but his attempt to gain equal electorates failed, and at the election of 1859 he was defeated. In 1862 he left Australia and accepted a judicial appointment in New Zealand.